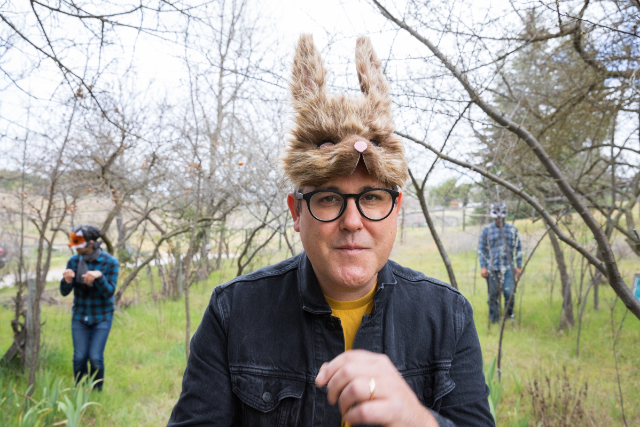 Caleb Nichols is a queer writer and musician from San Luis Obispo, CA. Since 2005, Caleb's played guitar, bass, and sang in bands as disparate as DIY folk-punks the Bloody Heads, mid-2000's Pitchfork buzz band Port O'Brien, and Rogue Wave side project Release the Sunbird, not to mention his own projects, Grand Lake, CHURCHES and Soft People. He’s published poetry in places like the Longleaf Review, Redivider, Queerlings, and Dear Poetry Journal, and his debut chapbook of poems was called “a gorgeous abundance” by celebrated poet Chen Chen.

In 2021 Caleb was signed to legendary indie label Kill Rock Stars. His new EP “Clarion” is out now, and he’s been playing shows with an epic cast of rotating band members that includes Adam and Alex Nash (Goodnight Texas), Kevin Middlekauf (Proxima Parada), Pat Spurgeon (Rogue Wave, the Dandy Warhols) and Joshua Barnhart (Port O’Brien, Strange Pilgrim). The shows are joyful, contagious, and electric, and mark a stunning return to music from a poet and musician who’s just never given up. Kill Rock Stars will release Caleb’s full-length debut solo album on all formats in 2022.