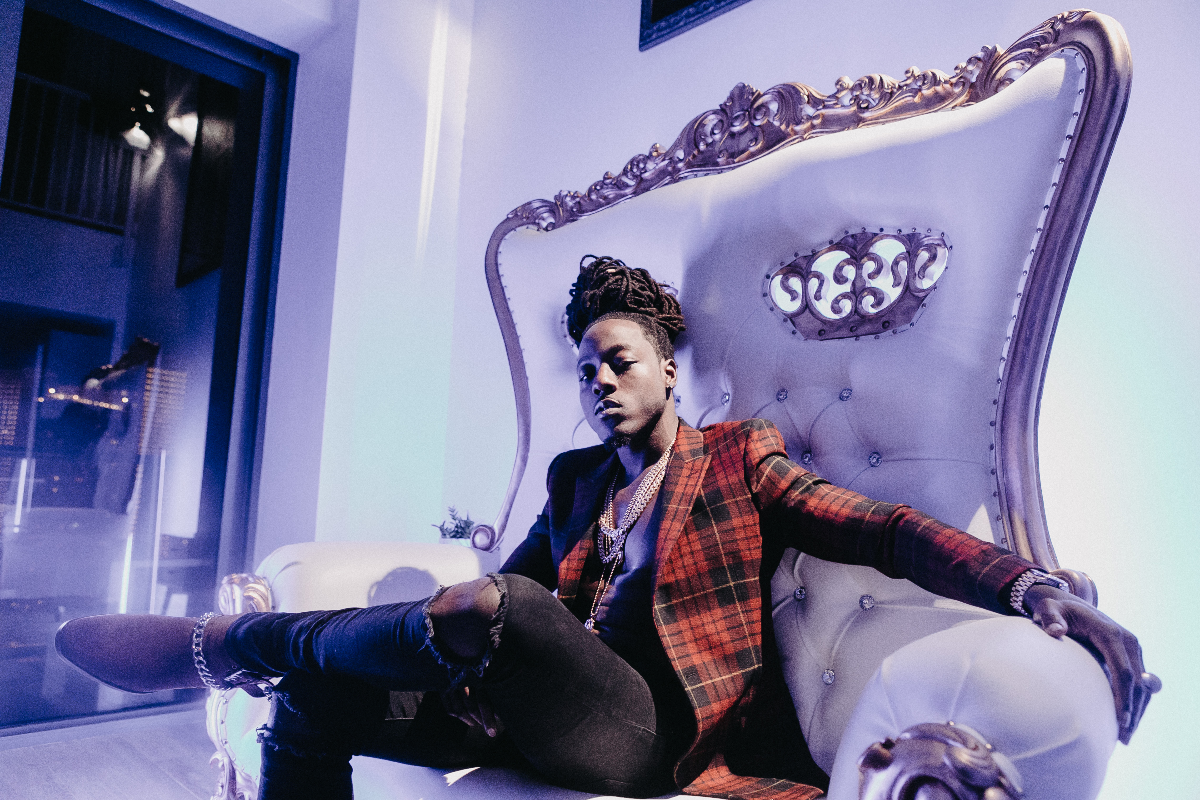 Organic is a word not normally used to describe a rapper from the south. But when you have a one-of-one artist as naturally gifted and fruitfully independent as Ace Hood, the adjective is pretty apropos. There aren’t many MCs walking around with 6% body fat, a wellness agenda, and the courage to leave DJ Khaled’s We The Best label and gift his fans a three composition series...free of charge. But when you spit infernos like a dragon fighting for his life, there is no one else to bet on but yourself.

Although Ace Hood’s career began in a late aughts rap era dominated by the ascendance of Trap rap, your average D-Boy rapper is not his peer. Ace’s pen game, wordplay and array of semiautomatic deliveries transcends his southern crib. While fans hail granite-hard classics like “Hustle Hard” and “Bugatti,” the MC, if you must label his music, prefers the word “Free.” The glory of freedom can be heard throughout his first post-We The Best release, a trilogy entitled, Trust The Process. Part 1 of TTP dropped last Fall, anchored by infectious tracks––all produced by Foreign Teck of The Meckanics––that were equally motivational (“Life After”) and confessional (“To Whom It May Concern”). The 13-song opus garnered over 30 million streams and spawned a 44-city Trust The Process Tour (domestic and abroad), which grew Hood’s fan base as far as Australia.

The second installment of “Trust The Process” released in May 2018 offered even more: a benevolent 23 tracks, variety of producers and an unheard transparency from Ace Hood. On the warning shot “Best Calm,” Foreign Teck & OZ’s hypnotic snap allows the Florida native to remind challengers that he fights south paw with facts only. The KD-produced “Nobody Panic” will be the counter punch, succeeding the release of Part 2.

Throughout the TTP sequel, two things are strikingly apparent: 1. Ace Hood is still one of the rap game’s most ferocious rhymers. On the lyrical onslaught “Right On,” he marches competitors to their demise with lines like “I got em/Hailing out of the bottom, I had to blossom/Hitters outside of your crib, they playing possum.” 2. Ace Hood’s pen has the potential to carry him to iconic levels in hip-hop. “I’ve been traumatized/I’ve been ill advised/I can’t sympathize/When I emphasize/I’m undefeated,” he proclaims over dramatic keys on “Undefeated.”’Hood’s powerful messaging of strength, perseverance and faith forecast even more award nominations in his future.

On the horizon for Ace Hood’s 2018 is a second TTP tour (complete with in- stores and pop up activations across the country), followed by the final installment of his trilogy. The catalyst for this year’s inevitable success will be a brand absent of additives and preservatives that stands alone in rap’s crowded room. Hood doesn’t promote pills or excessive alcohol consumption. Instead he shares the pain of his family’s medical issues (losing a grandmother to lung cancer, mother being chained to meds) and encourages plant-based diets and fitness. While most emcees are busy tallying sexual conquests, Ace is open about his relationship with his soon- to-be wife, often referring to his significant other as “Queen.” Evidenced by over 7 million social media followers, Ace is living proof that there is a healthy market for hip-hop that’s as nutritious as it is delicious.

To set the mood for his forthcoming project “Mr. Hood” slated for a Q2 release in 2020, Ace closed out 2019 with the release of “Look In My Eyes.” Upon that release many notable publications offered tremendous praise for the single. Hot New Hip Hop said, “The flow is solid (as always) and his lyrics make you think (as always) about your own life.” Having lyricism that forces you to think, while still allowing you to engage the listener is what has allowed Ace to have longevity this long into his career. “Mr. Hood” will be a monumental project in Ace’s career, as this is the 20th project in his catalog.

With a new lease on life, Ace Hood will resurge stronger than ever in this new decade. Already having proven himself on timeless records like “Bugatti,” “Hustle Hard,” and more, “Mr. Hood” will be a refreshing sound for new and older fans alike to enjoy.